Here you will get Best Southern Africa History Books For you.This is an up-to-date list of recommended books. 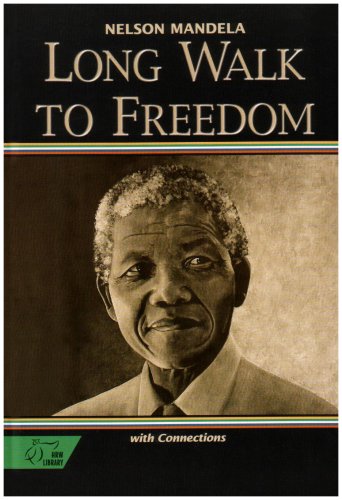 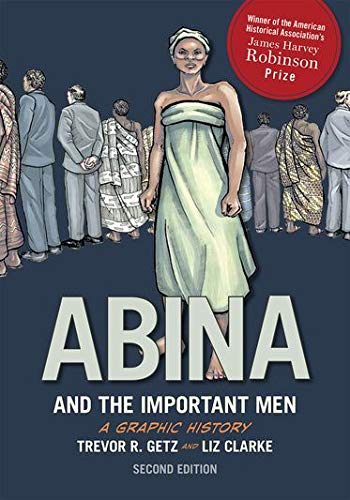 Winner of the James Harvey Robinson Prize from the American Historical Association-and widely acclaimed by educators and students-Abina and the Important Men, Second Edition, is a compelling and powerfully illustrated “graphic history” based on an 1876 court transcript of a West Africanwoman named Abina, who was wrongfully enslaved and took her case to court.

The book is a microhistory that does much more than simply depict an event in the past; it uses the power of illustration to convey important themes in world history and to reveal the processes by which history is made.

The story of Abina Mansah-a woman “without history” who was wrongfully enslaved, escaped to British-controlled territory, and then took her former master to court-takes place in the complex world of the Gold Coast at the onset of late nineteenth-century colonialism.

Slavery becomes a contestedground, as cultural practices collide with an emerging wage economy and British officials turn a blind eye to the presence of underpaid domestic workers in the households of African merchants. The main scenes of the story take place in the courtroom, where Abina strives to convince a series of”important men”-a British judge, two Euro-African attorneys, and a jury of local leaders-that her experiences and perceptions matter.

3. Don't Let's Go to the Dogs Tonight: An African Childhood 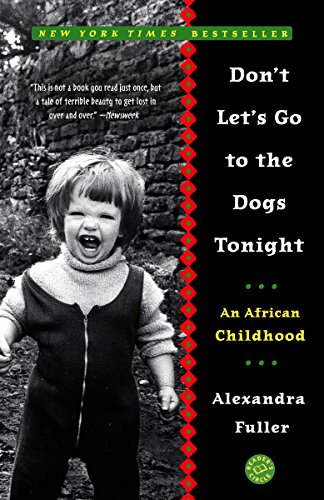 NEW YORK TIMES BESTSELLER A worthy heir to Isak Dinesen and Beryl Markham, Alexandra Fuller shares visceral memories of her childhood in Africa, and of her headstrong, unforgettable mother. This is not a book you read just once, but a tale of terrible beauty to get lost in over and over.

Newsweek By turns mischievous and openhearted, earthy and soaring … Hair-raising, horrific, and thrilling. The New Yorker Though it is a diary of an unruly life in an often inhospitable place, Don’t Let’s Go to the Dogs Tonight is suffused with Fuller’s endearing ability to find laughter, even when there is little to celebrate.

Fuller’s debut is unsentimental and unflinching but always captivating. In wry and sometimes hilarious prose, she stares down disaster and looks back with rage and love at the life of an extraordinary family in an extraordinary time. From 1972 to 1990, Alexandra Fullerknown to friends and family as Bobogrew up on several farms in southern and central Africa.

4. We Dared to Win: The SAS in Rhodesia 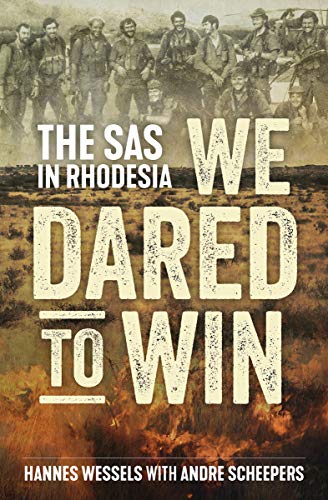 A memoir from a Special Forces fighter about his experiences in the Rhodesian War and how combat has shaped his life. Andre Scheepers grew up on a farm in Rhodesia, learning about the bush from his African childhood friends, before joining the army.

A quiet, introspective thinker, Andre started out as a trooper in the SAS before being commissioned into the Rhodesian Light Infantry Commandos, where he was engaged in fireforce combat operations. He then rejoined the SAS. Wounded thirteen times, his operational record is exceptional, even by the tough standards that existed at the time.

He emerged as the SAS officer par excellencebeloved by his men, displaying extraordinary calm, courage, and audacious cunning during a host of extremely dangerous operations. Here, Andre writes vividly about his experiences, his emotions, and his state of mind during the war, and reflects candidly on what he learned and how war has shaped his life since.

In addition to Andre’s personal story, this book reveals more about some of the other men who were distinguished operators in SAS operations during the Rhodesian War. Andre was the best of the best and the bravest of the brave.

5. A Handful of Hard Men: The SAS and the Battle for Rhodesia 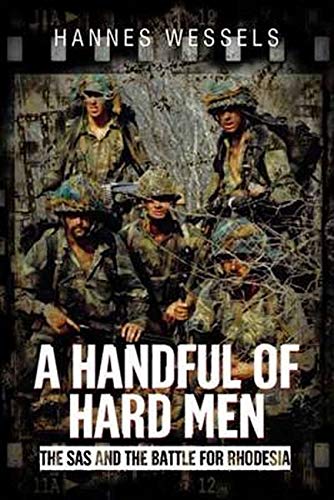 During the West’s great transition into the post-Colonial age, the country of Rhodesia refused to succumb quietly, and throughout the 1970s fought back almost alone against Communist-supported elements that it did not believe would deliver proper governance. During this long war many heroes emerged, but none more skillful and courageous than Captain Darrell Watt of the Rhodesian SAS, who placed himself at the tip of the spear in the deadly battle to resist the forces of Robert Mugabe and Joshua Nkomo.

It is difficult to find another soldier’s story to equal Watt’s in terms of time spent on the field of battle and challenges faced. Even by the lofty standards of the SAS and Special Forces, one has to look far to find anyone who can match his record of resilience and valor in the face of such daunting odds and with resources so paltry.

In the fight he showed himself to be a military maestro. A bush-lore genius, blessed with uncanny instincts and an unbridled determination to close with the enemy, he had no peers as a combat-tracker (and there was plenty of competition).

6. When Money Destroys Nations: How Hyperinflation Ruined Zimbabwe, How Ordinary People Survived, and Warnings for Nations that Print Money 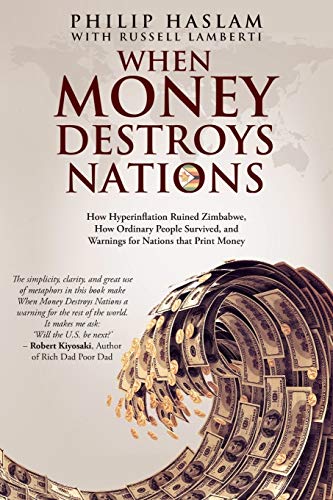 Since the global financial crisis of 2008, the major governments of the world have resorted to printing vast sums of money to pay national debts and bail out banks. The warning signs are clear, and the collapse of the Zimbabwean dollar in 2009 after years of rampant money printing is a frightening example of what lies in store for the world’s economies if painful, but necessary, reform is not enacted soon.

When Money Destroys Nations tells the gripping story of the disintegration of the once-thriving Zimbabwean economy and how ordinary people survived in turbulent circumstances. Analysing this case within a global context, Philip Haslam and Russell Lamberti investigate the causes of hyperinflation and draw ominous parallels between Zimbabwe and the world’s developed economies.

The looming currency crises and possible hyperinflation in these major economies, particularly the United States, have the potential to turn the current world order upside down. Zimbabwe’s lessons must not be ignored. This is the story of When Money Destroys Nations.

7. The Fate of Africa: A History of the Continent Since Independence 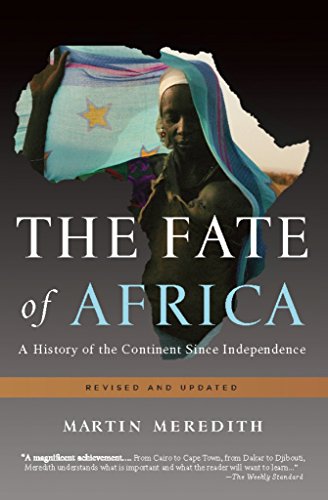 The definitive story of African nations after they emerged from colonialism – from Mugabe’s doomed kleptocracy to Mandela’s inspiring defeat of apartheid. The Fate of Africa has been hailed by reviewers as “A masterpiece…. The nonfiction book of the year” (The New York Post); “a magnificent achievement” (Weekly Standard); “a joy,” (Wall Street Journal) and “one of the decade’s most important works on Africa” (Publishers Weekly, starred review).

Spanning the full breadth of the continent, from the bloody revolt in Algiers against the French to Zimbabwe’s civil war, Martin Meredith’s classic history focuses on the key personalities, events and themes of the independence era, and explains the myriad problems that Africa has faced in the past half-century.

It covers recent events like the ongoing conflict in Sudan, the controversy over Western aid, the exploitation of Africa’s resources, and the growing importance and influence of China. 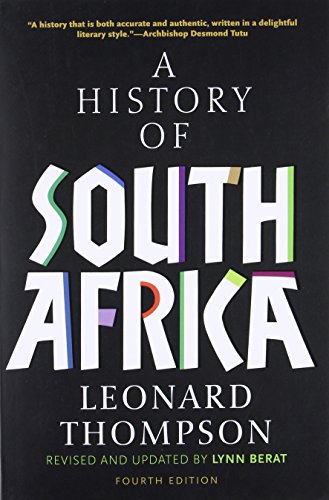 A fresh and penetrating exploration of South Africa’s history, from the earliest known human inhabitation of the region to the presentI did not think it was possible for a white person to write a history of South Africa which a black South African would find to be a fair and accurate account of a beautiful land and its people.

Leonard Thompson has disabused me of that notion. His is a history that is both accurate and authentic, written in a delightful literary style. Archbishop Desmond Tutu The Fourth Edition of this classic text brings South Africa’s history up to date with a new chapter chronicling the first presidential term of Mbeki and ending with the funeral of Nelson Mandela.

An admirably objective history of South Africa … [that] will be most useful in contemplating the country’s future. Lorna Hahn, New York Times Book Review This is a work of insight and durability that is certain to assist South Africa’s coming generation of nation-builders to reach a more objective understanding of their past.

9. A Thousand Hills: Rwanda's Rebirth and the Man Who Dreamed It 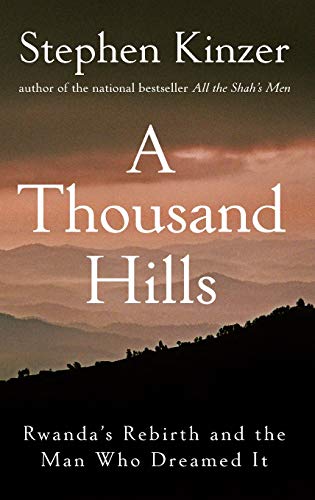 A Thousand Hills: Rwanda’s Rebirth and the Man Who Dreamed It is the story of Paul Kagame, a refugee who, after a generation of exile, found his way home. Learn about President Kagame, who strives to make Rwanda the first middle-income country in Africa, in a single generation.

In this adventurous tale, learn about Kagame’s early fascination with Che Guevara and James Bond, his years as an intelligence agent, his training in Cuba and the United States, the way he built his secret rebel army, his bloody rebellion, and his outsized ambitions for Rwanda.

10. Like Wolves on the Fold: The Defence of Rorke's Drift 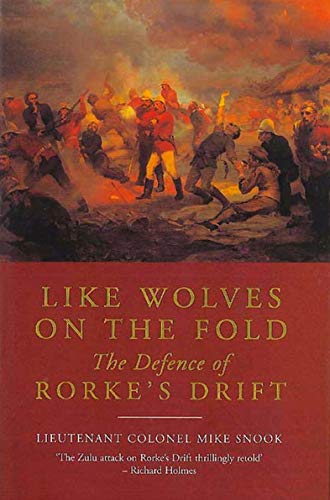 A detailed chronicle of a significant opening battle in the Anglo-Zulu War: The Zulu attack on Rorke’s Drift thrillingly retold (Richard Holmes). On January 22nd, 1879, the British Army in South Africa was swept aside by the seemingly unstoppable Zulu warriors at the Battle of Isandlwana.

Nearby, at a remote outpost on the Buffalo River, a single company of the 24th Regiment and a few dozen recuperating hospital patients were passing a hot, monotonous day. By the time they received news from across the river, retreat was no longer an option.

It seemed certain that the Rorke’s Drift detachment would share the same fate. And yet, against incredible odds, the British managed to defend their station. In this riveting history, Colonel Snook brings the insights of a military professional to bear on this fateful encounter at the start of Anglo-Zulu War.

It is an extraordinary talea victory largely achieved by the sheer bloody-mindedness of the British infantryman. Recounting in detail how the Zulu attack unfolded, Snook demonstrates how 150 men achieved their improbable victory. Snook then describes the remainder of the war, from the recovery of the lost Queen’s Colour of the 24th Regiment to the climactic charge of the 17th Lancers at Ulundi. 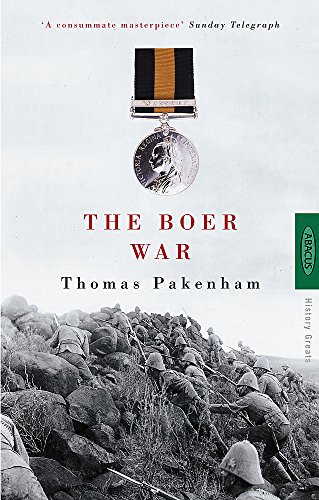 Featuring previously unpublished sources, this ‘enjoyable as well as massively impressive’ bestseller is a definitive account of the Boer War (Financial Times)The war declared by the Boers on 11 October 1899 gave the British, as Kipling said, ‘no end of a lesson’. It proved to be the longest, the costliest, the bloodiest and the most humiliating campaign that Britain fought between 1815 and 1914.

Thomas Pakenham’s narrative is based on first-hand and largely unpublished sources ranging from the private papers of the leading protagonists to the recollections of survivors from both sides. Mammoth in scope and scholarship, as vivid, fast-moving and breathtakingly compelling as the finest fiction.

The Boer War is the definitive account of this extraordinary conflict – a war precipitated by greed and marked by almost inconceivable blundering and brutalities… And whose shattering repercussions can be felt to this very day.’Not only a magnum opus, it is a conclusive work …