Here you will get Best Children’s Judaism Books For you.This is an up-to-date list of recommended books.

1. The Boy on the Wooden Box: How the Impossible Became Possible . . . on Schindler's List (No Series) 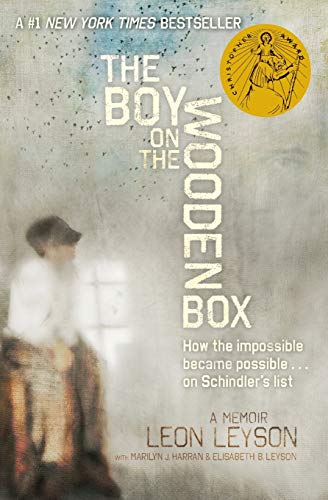 A thoughtful and age-appropriate introduction to an unimaginable eventthe Holocaust. The Holocaust was a genocide on a scale never before seen, with as many as twelve million people killed in Nazi death campssix million of them Jews. Gail Herman traces the rise of Hitler and the Nazis, whose rabid anti-Semitism led first to humiliating anti-Jewish laws, then to ghettos all over Eastern Europe, and ultimately to the Final Solution.

She presents just enough information for an elementary-school audience in a readable, well-researched book that covers one of the most horrible times in history. This entry in the New York Times best-selling series contains eighty carefully chosen illustrations and sixteen pages of black and white photographs suitable for young readers.

3. The Nazi Hunters: How a Team of Spies and Survivors Captured the World's Most Notorious Nazi 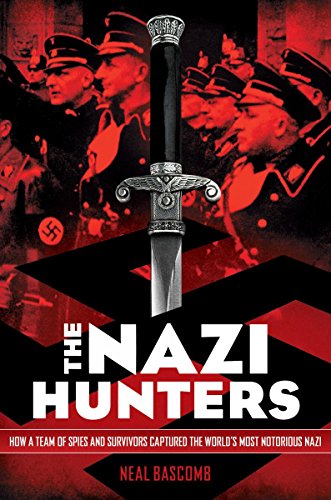 In 1945, at the end of World War II, Adolf Eichmann, the head of operations for the Nazis’ Final Solution, walked into the mountains of Germany and vanished from view. Sixteen years later, an elite team of spies captured him at a bus stop in Argentina and smuggled him to Israel, resulting in one of the century’s most important trials – one that cemented the Holocaust in the public imagination.

This is the thrilling and fascinating story of what happened between these two events. Illustrated with powerful photos throughout, impeccably researched, and told with powerful precision, THE NAZI HUNTERS is a can’t-miss work of narrative nonfiction for middle-grade and YA readers.

4. Four Perfect Pebbles: A True Story of the Holocaust 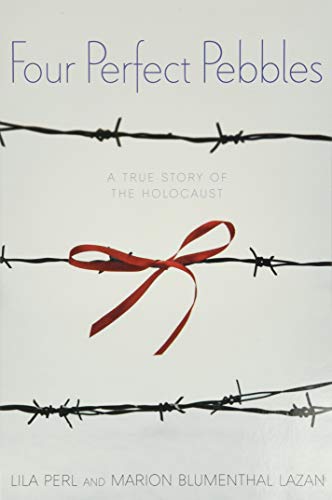 The twentieth-anniversary edition of Marion Blumenthal Lazan’s acclaimed Holocaust memoir features new material by the author, a reading group guide, a map, and additional photographs. The writing is direct, devastating, with no rhetoric or exploitation. The truth is in what’s said and in what is left out.

ALA Booklist (starred review) Marion Blumenthal Lazan’s unforgettable and acclaimed memoir recalls the devastating years that shaped her childhood. Following Hitler’s rise to power, the Blumenthal familyfather, mother, Marion, and her brother, Albertwere trapped in Nazi Germany. They managed eventually to get to Holland, but soon thereafter it was occupied by the Nazis.

For the next six and a half years the Blumenthals were forced to live in refugee, transit, and prison camps, including Westerbork in Holland and Bergen-Belsen in Germany, before finally making it to the United States. Their story is one of horror and hardship, but it is also a story of courage, hope, and the will to survive.

5. My First Jewish Baby Book: Almost everything you need to know about being Jewish―from Afikomen to Zayde 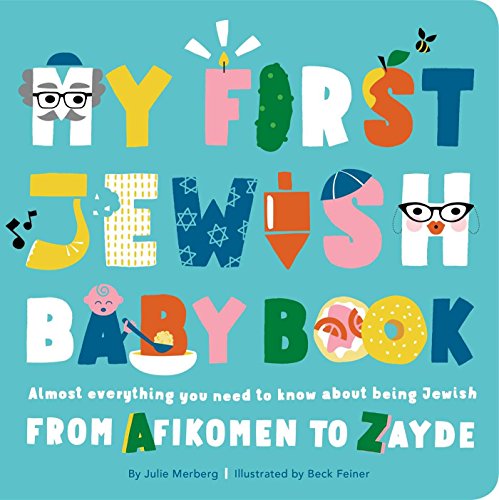 This irresistible board book gives little ones (ages 03) an alphabetical introduction to Judaismthe delicious foods, meaningful rituals, lively holidays, expressive language, and more. Hip illustrations accompany snappy, rhyming text in a fun, fabulous package that is a must-have for any Jewish baby’s nursery.

This tiny tome covers quintessential foods such as bagels and brisket, rituals and holidays including Bar and Bat Mitzvahs, Shabbat, and Hanukkah, as well as important cultural references (F is for Fiddler on the Roof! With a little Yiddish thrown in.

Parents and grandparents will love sharing every concise, funny entry with the little ones in their lives.

6. Survivors: True Stories of Children in the Holocaust 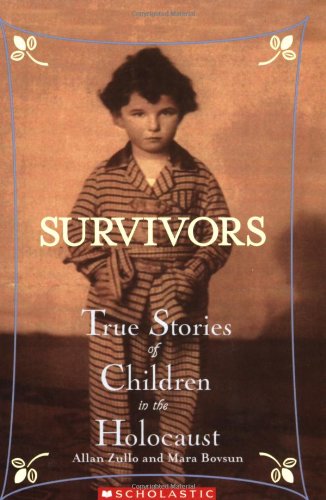 Gripping and inspiring, these true stories of bravery, terror, and hope chronicle nine different Children's experiences during the Holocaust. These are the true-life accounts of nine Jewish boys and girls whose lives spiraled into danger and fear as the Holocaust overtook Europe.

In a time of great horror, these children each found a way to make it through the nightmare of war. Some made daring escapes into the unknown, others disguised their true identities, and many witnessed unimaginable horrors. But what they all shared was the unshakable belief in- and hope for- survival.

Their legacy of courage in the face of hatred will move you, captivate you, and, ultimately, inspire you.

7. The Ten Commandments: Still the Best Path to Follow 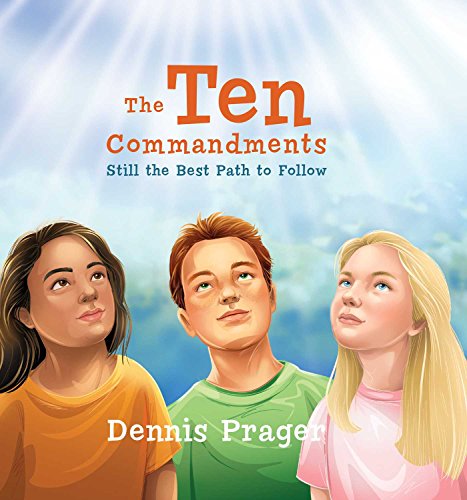 Fluent in Hebrew, he provides unique insights into the most important words ever written, showing your whole family, no matter what your faith, why the Ten Commandments are as powerful and fresh today as they were to our ancestors. It will be an amazing discovery! 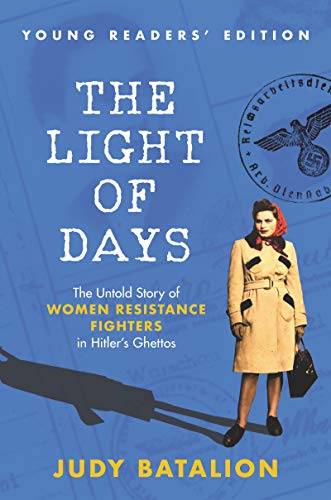 This young readers’ edition is the remarkable untold story of the young Jewish women who became resistance fighters against the Nazis during World War II. It has already been optioned by Steven Spielberg for a major motion picture. As their communities were being destroyed, groups of Jewish women and teenage girls across Poland began transforming Jewish youth groups into resistance factions.

These ghetto girls helped build systems of underground bunkers, paid off the Gestapo, and bombed German train lines. At the center of the book is eighteen-year-old Renia Kukielka, who traveled across her war-torn country as a weapons smuggler and messenger.

Other women who joined the cause served as armed fighters, spies, and saboteurs, all risking their lives for their missions. Never before chronicled in full, this is the incredible account of the strong Jewish women who fought back against the seemingly unstoppable Nazi regime.

It follows the women through arrests, internment, and for a lucky few, into the late 20th century and beyond. It also includes an eight-page insert of black-and-white photos, so that readers can see firsthand the extraordinary women who bravely fought for their freedom in the face of overwhelming odds.

9. A Big Kid Bed is Coming: How to Move and Keep Your Toddler in Their Bed (Brave Kids Press) 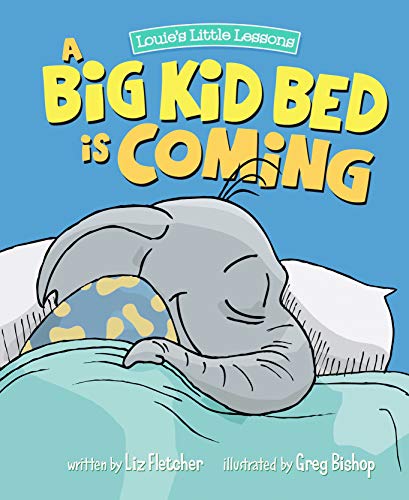 Is your toddler ready to move to their own Big-Kid Bed?Look no further! A Big Kid Bed is Coming is the perfect book to help your child transition from a crib to a bed of their own. Help them sleep through the night with this fun and inspiring adventure!

Moving to a ‘big-kid bed’ can be daunting but have no fear – Louie is here to help! Louie is a super elephant who is always ready for adventure in the first book of its series, but he’s not too sure about his new ‘big-kid bed.’ Tired and weary, he decides to find his courage and give it a try.

Then comes the biggest surprise of all … With sweet rhymes and beautiful illustrations, this Children's book inspires bravery and greatness. A Note from the Publisher:Brave Kids Press book series promotes curiosity, confidence, and desire within your child. He or she will giggle through each sweet, rhythmic story and be inspired to create a growth mindset and conquer any milestone with just a little bit of courage.

Reviews: A Big Kid Bed is Coming worked perfectly, thank you!! This book was INCREDIBLE and worked absolutely perfectly for my 3-year-old boy/girl twins. Many books show a kid giving excuses for why they don’t want to be in a big kid bed, which a child can copy. 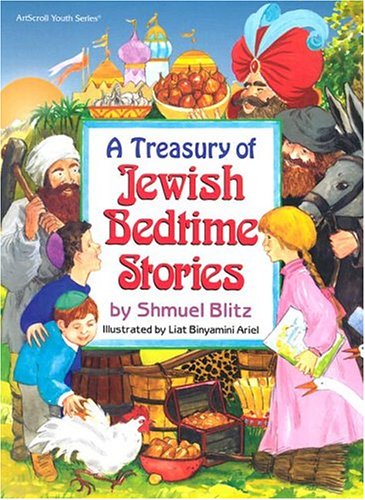 These twenty-one stories cover the gamut from gentle humor to profound faith to warm kindness. The heroes range from kings and sages to wise travelers and fantasizing laborers. This is one of those rare books that youngsters will curl up with again and again. 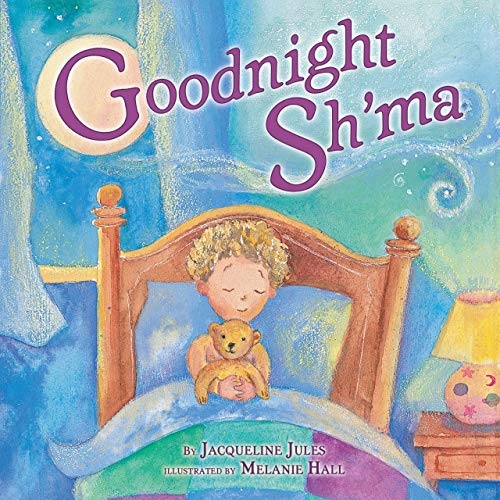 I say the Sh’ma and I feel God’s light / Shining on me all through the night. A Jewish child gets ready for bed and says the traditional “Sh’ma” prayer in this beautiful board book with rhyming text and charming illustrations by award-winning Melanie Hall. 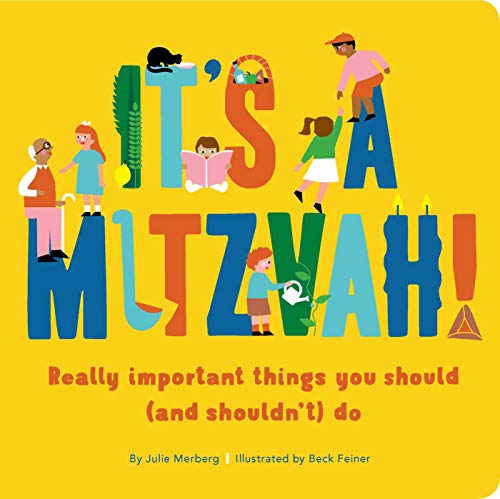 This fun first taste of preschooler-friendly mitzvot is a very basic introduction to Jewish principles and to good behavior. Clever, humorous illustrations accompany rhyming text about important Jewish do’s and don’ts. From respecting parents and grandparents and feeding the hungry to telling the truth and repairing the world (“tikkun olam”), each page highlights a different mitzvah in a way that’s engaging and totally relatable for kids two years of age and older.

This adorable introduction to mitzvot doubles as an early guide socially conscious behavior. 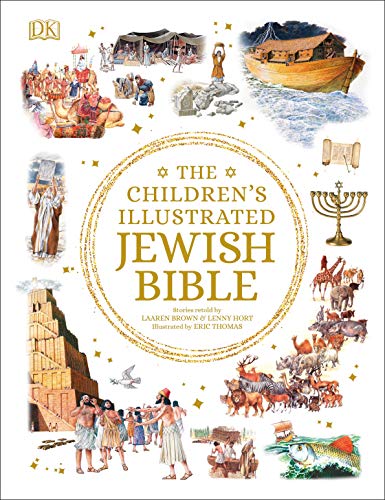 This beautiful book combines lively text and stunning illustrations to bring stories of the Hebrew tradition alive. All the key events in the Hebrew Bible are clearly told in this superb collection of biblical stories for children. There are also four new stories, including “Ezekiel and the Dry Bones” and “Ezra Shares God’s Word”.It also features the key characters and tells their tales: Adam and Eve in the Garden of Eden; Cain and Abel; Noah on the Ark; and the patriarchs.

Psalms and poetry are also included, and pages on “Life in Egypt” and “Life in Canaan” – along with glossaries of people and places in the Bible – bring the stories of ancient tradition to life. In the book’s foreword, the authors say that we are encouraged to think for ourselves: “The stories of the Bible…

Can be understood in many ways and on many different levels [and] as we grow up and change, we can see new questions in each story… To write the stories in this book, we looked at the Bible and asked many, many questions.How?What?When?Who?And of course, why?Why, why, why?

14. Who Believes What?: Exploring the World’s Major Religions 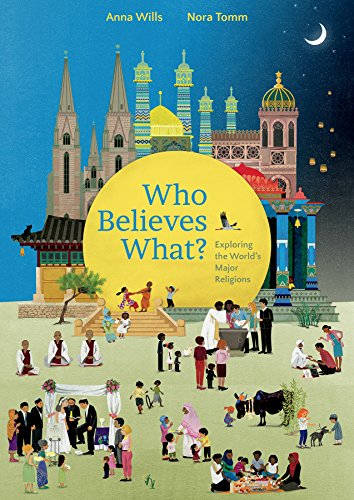 In today’s multicultural cities and interconnected world, understanding different belief systems can help kids appreciate the differences of people they see every day, or people who live on the other side of the globe. This book introduces readers to the five major world religions by population: Buddhism, Christianity, Hinduism, Islam, and Judaism.

Each mini-section opens with a fully illustrated spread representing one religion. Designed in a search-and-find style, the illustrated spreads are busy, bright, and jam-packed with details that show people worshipping among symbolic places, rituals, and objects. A text spread follows, pulling out details from the illustrated page and providing further information about the history, festivals, places of worship, celebrations, religious leaders, and gods of each religion.

15. Thank You, God! A Jewish Child's Book of Prayers (English and Hebrew Edition) 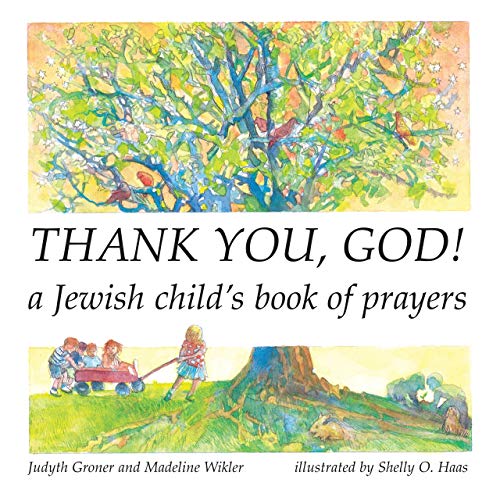 A first prayer book for young children, with 21 traditional prayers in simple Hebrew, transliteration, and English. Contains blessings for a new day, bounty of our food, Sabbath, and holiday rituals.

16. The Seven Days of Creation: Based on Biblical Texts 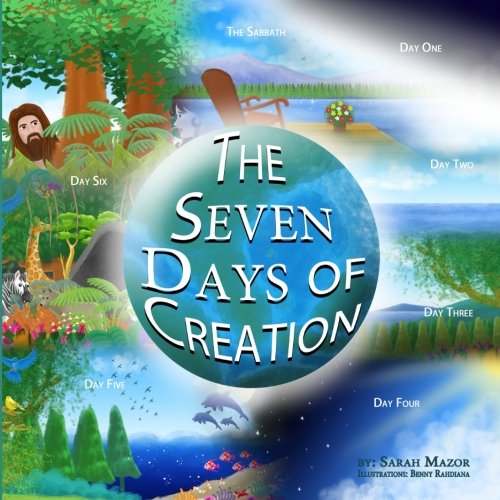 PLEASE NOTE: The softcover version of this book is also available on Amazon in an 8.5×11 version. See ISBN ISBN-13: 978-1791325572 The Seven Days of Creation is the first MazorBooks picture book for young children based on biblical texts. This picture book recounts, in easy to understand rhymes accompanied by colorful images, the order of creation as it is described in the first chapter of the book of Genesis: From God’s creation of light on day one to the creation of Adam and Eve on day six to the day of rest.The Sabbath.